Nick Doherty has been the ‘go to’ lawyer for firearms cases involving certificate holders and registered dealers for over thirty years and it shows in the detailed knowledge of case law he brings to print. Richard Law, Secretary, Shooters' Rights Association, in Amazon Review of The Firearms Law Handbook. — Richard Law, Secretary, Shooters' Rights Association

Nick Doherty represented me after my licences were revoked. I found Nick to be quick with responses to emails. He is knowledgeable, professional and above all a shooting man himself so he knew how important it was for me to win my case, which we did. I cannot thank him enough and would recommend his services. — Michael West, East Sussex

I have always been impressed with Nick's knowledge and understanding of firearms and the law. — Savvas Toufexis, RFD and Section 5 dealer

Nick is a fantastic Firearms lawyer and a superb trial advocate. IT friendly and a joy to instruct. He is at the top of the game and is highly recommended. — Andrew Broome, Consultant Solicitor, VHS Fletchers Solicitors

I am so impressed with your expertise in this field, it is beyond me, words can't explain how grateful I am. This certificate holder was charged with possession of a firearm with intent to cause fear of unlawful violence. He has taken one of his .22 rifles out into his garden to scare off some young men who were threatening his family with offensive weapons. The jury accepted that he had only threatened lawful violence in self defense. — West Midlands certificate holder

Nick Doherty has represented me, and several Sportsman’s Association members and is probably the most knowledgeable specialist firearms Barrister in the country, I would add he is an active shooter and Rifle Club Chairman. — The late Mike Wells, Secretary Sportsman's Association

“Regarding my representation from Nick Doherty I can say he has been a true professional with a big personal touch and understanding, with knowledge of the law and care for me. With his approach to the case has given me an immense confidence and security, always at my disposal and available in all the circumstances. I can’t thank you enough for what he has done for me and I will remember for the rest of my live. A true professional with an human heart . Thank you.” — Ivan H, International Shooting Coach

Metaphorically miracles can and do happen, providing you engage the right barrister who can perform such feats, Nick Doherty is one such barrister. In my case Nick successfully argued that the generally accepted default" tick box " position in relation to firearm storage/security is not absolute. In essence I was in breach of the default position however as I had many other layers of security in place, Nick was able to secure a "not guilty" verdict. I could not recommend Nick highly enough not only for his knowledge and expertise in firearm law but also in the manner in which he executes his role. — John Corney, Dorset 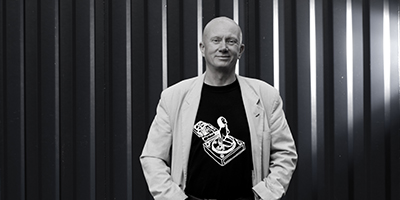